Official websites use .mil
A .mil website belongs to an official U.S. Department of Defense organization.

This title is not available in hard copy. Please use this site for digital download versions. 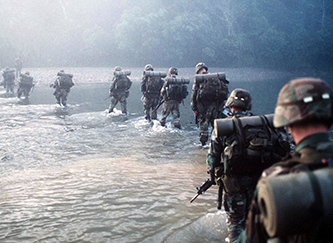 Section III: The Synthesis of Medicine and the Military